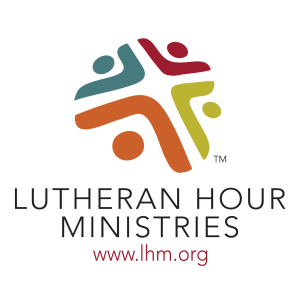 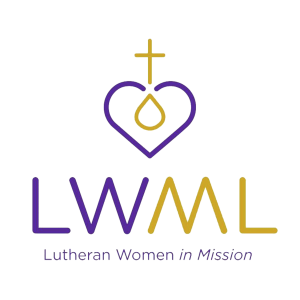 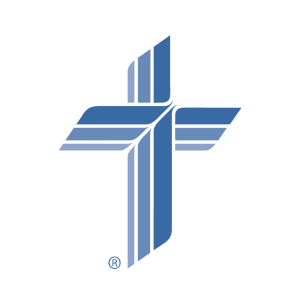 Lesson of the Week

Title: “What a Team!

Prayer: Lord as we hear Your Word, let us receive it with understanding and with faith that You may mold us as Your daughters and sons to always give glory to Your name. Amen.

Have you ever been chosen the captain of a team? You know, where you have to choose those who will be on your team? I remember back a long, long time ago when I attended Holy Trinity Evangelical Lutheran School in Garfield, N.J. of being chosen captain of the football games we would have at recess, after lunch in the grassy lot across from the church. How did I go about choosing which boys would be on my team? I just have to tell you this too, the boys played football at recess, the girls swung on the swingset or played hopscotch or some sort of thing like that. I guess I never really payed attention to what they did at recess, because us guys couldn’t wait to get outside and chuck the pigskin.

You know what I did when I was chosen captain? I picked the boys who didn’t know the first thing about football to be on my team. NOT! I picked the older boys, the fastest boys, the boys who could excel at running and catching the football or throwing it if I wanted to be a receiver instead of the quarterback. The other captain did the same thing. You never wanted to be chosen last. It was kind of a red badge of mediocrity or less to be chosen last.

So what kind of agenda did God have when He chose His team, the Israelites? He picked the strongest of nations, the richest of nations, the most dedicated of peoples to be His own. NOT! Listen to what Moses says to the generation that is left 40 years after this incident of their unbelief we are examining this evening:

6 “For you are a people holy to the Lord your God. The Lord your God has chosen you to be a people for his treasured possession, out of all the peoples who are on the face of the earth. 7 It was not because you were more in number than any other people that the Lord set his love on you and chose you, for you were the fewest of all peoples, 8 but it is because the Lord loves you and is keeping the oath that he swore to your fathers, that the Lord has brought you out with a mighty hand and redeemed you from the house of slavery, from the hand of Pharaoh king of Egypt. 9 Know therefore that the Lord your God is God, the faithful God who keeps covenant and steadfast love with those who love him and keep his commandments, to a thousand generations, 10 and repays to their face those who hate him, by destroying them. He will not be slack with one who hates him. He will repay him to his face. (Deuteronomy 7:6-10)”

God chose the weakest of people to be His promise people, the least of the nations to represent Him in faith to the world, the most stiff-necked of people to work His grand promise of salvation through. Moses did not get a choice to choose the people through whom the promise of the Savior would be fulfilled. He, in fact, after this great sin of unbelief of the congregation of Israel, pleaded to God to spare them, because they were the people of His choosing. Moses understood that as a sinner who had to daily fall upon and live in the mercy of this great God of faithful to the end love.

God saw, His chosen people the Israelites, as “His treasured possession” because He would have to pay the highest price ever to redeem them – the price of His very own beloved Son. Do you see how clear God’s Word is here? God chose them, they did not choose God. If the people of Israel were left to choose God we never would have known our Lord and Redeemer Jesus nor His salvation. They would have chosen the popular god of the day to be their god. In fact, if you read the Old Testament you know that too often they left this gracious and merciful God who had chosen them for the false gods and idols of the nations around them. It is by God’s faithfulness that we still remain God’s people to glorify Him, praise Him, honor and worship Him for all His love directed toward us.

The sin that these Israelites harbored as they stood on the brink of entering the land promised to them by God was the sin of unbelief. They did not believe God would or could defeat their enemies. They had not chosen God to be on their side, but rather let their fear of man overtake them. They saw their own weakness, but were blind to the grand power of God. And the greatest of His power came in His Word of promise. How difficult it is to believe someone else’s word when it comes to life and death decisions. God asked them to believe His Word of promise. They did not. Thus they did not enter the Promised Land, the Land of Rest as the writer to the Hebrews so describes not Canaan but the land of God’s grace in which we live now and the eternal land of heaven.

We are people of this promised land of rest. In this world the only rest we can find is in our Lord and Savior Jesus Christ. Our Lord directs us to find this rest in Him. In the Epistle of Hebrews the Spirit of the Lord says, “Today, if you hear His voice, do not harden your hearts as in the rebellion…” God speaks His words of warning and His freeing words of grace to us. In our Gospel lesson our Lord Jesus tells Peter, who spoke words of courage and bravado that he would deny Him three times. And we know that indeed Peter feared man more than he feared and trusted God. And how are we like Peter and the Prodigal Son that we sang about in our sermon hymn? We too often fear man and even trust man, including ourselves, more than we fear, love, and trust in God. Yet God does not abandon us. He truly is like the forgiving father we see in the Parable of the two sons. The one son is repentant and forgiven. The older son, who from outward appearances seems so good and faithful toward his father is filled with a spirit of self-righteousness and self-worth that has no room either to see his need for forgiveness nor to be a giver of forgiveness toward his wayward younger brother. But notice the father’s entreaty toward him. He does not leave him to stew in his bitter feelings about the richness of his father’s forgiveness, but invites him to join the celebration.

We learn that sin-broken hearts and lives have a place to go; and that is the amazing mercy of a heavenly Father who welcomes those with hearts and lives broken by their sin with waiting and open arms. Our heavenly Father is a Father of mercy and forgiveness who has much more forgiveness than we can even imagine. He does not invite us to test that forgiveness through a life of sinning, but He does say through His Savior Son, “Come to Me all you that are weak and heavy laden, and I will give you rest.” The Father sent His Son into the world to give us that rest in His daily grace here as we sojourn in this dying world and the hope of an eternal rest as we look forward to our lives of glory with Him in heaven.

Jesus looked on Peter with compassion and forgiveness and he found his needed rest from his Lord and Savior. Jesus looked on those sinners in the wilderness who tested the Lord and His patient love and He did not abandon them, but continued to lead them in daily grace and truth to the promised land. Jesus looks on you, dear sinner, and forgives your faithless unbelief, drawing you into His healing mercy as we hear His voice from the cross, “Father, forgive them, for they know not what they do.” He moves us from ignorance and pride that is unwilling to confess our sins to humility and honest confession that we too fail to trust His power and His grace to see us through. O Lord, have mercy upon us. Amen.